Installation project for PPP Pane per Poveri Athens in the
frame of Documenta 14. A sound track recorded indoor a
skate park in Berlin is displaced by two speakers in the actual
skate park Latraac in Athens, place that hosted the show .
Te intention is gain a sort of heterotopic dialogue two spaces
which are equals but diferent, part of berliner skater´s scene
and the Greek Latraac.
Naming the work “ SS-Salad-Shooter” means a double act
regarding the German position through economical and
political deals on the Greek question, meantime the reading
of the world-wide known initials of the Schutz-Stafeln SS is
demeaned of signifcance, resulting this time the initials of
Salad Shooter, a skateboarding´s trick.
Te installation is composed by A2 poster, 2 speakers and mp3
reader which is played in loop during the time of the same
activity in the skate park. 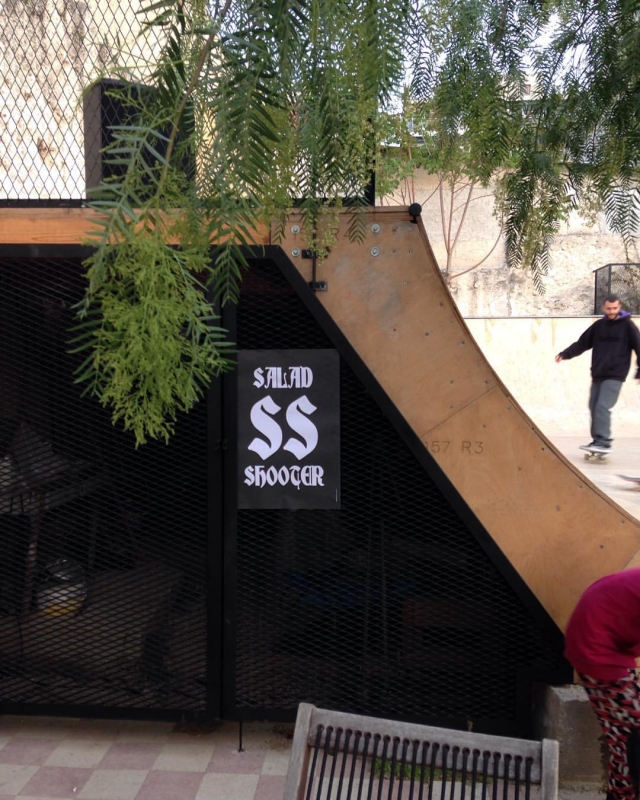